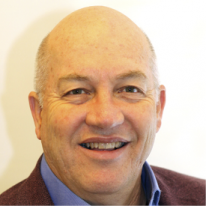 Michael started his opera career working as an Assistant Director for New Sadler’s Wells Opera in London, touring productions throughout the UK. He returned to South Africa and worked for Cape Town Opera for the next twenty years as head of Outreach, opera director, General Manager and finally as Managing Director. He is the author of several novels, plays, musicals and opera libretti. He moved to Buxton in 2018 with his wife, Ettie, and loves walking in the High Peak.

Following his studies at the University of Cambridge, English conductor Adrian Kelly became a member of the Young Artists Programme at the Royal Opera House, Covent Garden and was then a coach at the Hamburg State Opera. From 2010 to 2017 he was first Kapellmeister at the Salzburg State Theatre, working regularly with the Mozarteum Orchestra Salzburg. In June 2018, he was appointed Artistic Director of Buxton International Festival. As part of his first season he conducted a new production of Pyotr Ilyich Tchaikovsky’s Eugene Onegin.

Vicky has worked in bookshops from the south coast to Moray in the North-East of Scotland. She was a store manager for both the Waterstones and Ottakar’s book chains and was a partner in two independent bookshops until 2018 when she relocated to Derbyshire. Utterly committed to spreading the joy of the written word, Vicky now runs an online second hand bookshop specialising in art, architecture and history alongside her role as Book Festival Director at BIF. 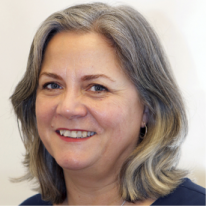 I joined Buxton International Festival in 2017, having worked for a variety of not for profit Arts & Heritage organisations including; the National Trust, HOME, Contact Theatre, The Lowry, Abandon Normal Devices, Derbyshire Wildlife Trust. I am responsible for income generating activity working with Individuals, Trusts & Foundations and Corporates and love meeting our amazing donors and supporters and hearing their stories about the festival. I am a great advocate of the role of the arts in social change and continue to be amazed at the incredible artists we work with and the impact their music and words have on the lives of people, young and old. Living in the Peak District, I love walking and watching our ever changing and often unpredictable seasons!

Lucy is a professional fundraiser has been working for charities for over 14 years. She works for BIF, The Thomas Theyer Foundation and is a Director of Buxton Civic Association. With 2 border collies and when not at work, she can be found usually out on the moors, or walking in Buxton’s woodlands.

Harriet has been a friend and advocate of the Festival for many years. She comes from a journalistic background and moved to Buxton in 2011 when parts of the BBC relocated to Salford. More recently she has been working in communications in the travel and tourism industry. Having been brought up in the countryside she feels very much at home in the Peak District. In her spare time she enjoys wild swimming and exploring the stunning scenery on her doorstep by foot and bike.

Mel joined BIF in 2019 and looks after digital communications for the Festival. She also manages group bookings. With a background in publishing, she is passionate about the arts and storytelling, and loves combining these interests in her festival role. A dedicated bibliophile, you’ll often finding her exploring Derbyshire’s literary spots with camera in hand. 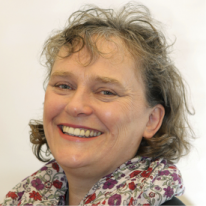 Born into a musical family, I was asked ‘which instrument would you like to play’ at quite an early age. Music and performance have been my life ever since. Having graduated from the Royal Academy of Music, I started my career as an Orchestra Manager with the English Chamber Orchestra, moving up north to join Manchester Camerata and then the Northern Chamber Orchestra. It is at the NCO that I began my love affair with Buxton International Festival and I have never regretted joining the amazing team at BIF and am thankful that I can continue to work with my former colleagues as their association with the Festival continues.

Lee is the Administrator of Buxton International Festival.  Lee has also served as a Trustee of the Friends of Buxton Festival Board and continues to work closely with our Friends group and knows many of our members personally.  Having had a long history with the Festival there is little that Lee has not rolled up his sleeves and done for the organisation for the past quarter of a century. When time allows Lee enjoys travelling and seeing other opera productions in the UK and further afield. 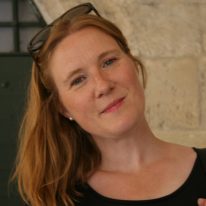 Marie-Axelle joined Buxton Festival as the Finance Manager in January 2020. She had moved to the UK 25 years ago after completing her business degree in France, her native country. She worked for 17 years for Kellogg in Manchester where she acquired a wealth of experience in finance, especially around setting financial strategies and managing budgets. She left Kellogg in 2013 to focus on her and husband Peter’s holiday cottages business in the Peak District, which she continues to manage when not working for the Festival. 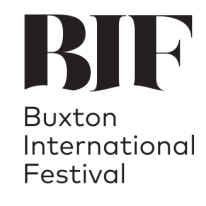 I am a self-employed bookkeeper and accountant specialising in charity accounts. I moved to Buxton in 2019 with my husband and 3 boys and was excited to join the Festival team at the start of 2020. My role at the Festival is ensure all of the day-to-day accounting is done and to support Max our Finance Manager. When not working, I play the cello, am part of a local church, enjoy walking and craft and am developing my green fingers having foolishly bought a house with a large garden. 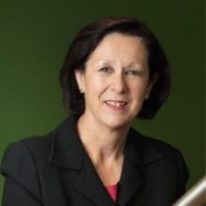 Felicity Goodey led the team which created Mediacity:uk, the project which has relocated much of the BBC from London to the North of England ,to create a globally significant media hub. Her career began as a journalist with the BBC becoming a senior correspondent specialising in industry and politics. She went on to develop a business career before leading a major Lottery project which built and established ‘The Lowry’, the £127 million-pound international theatre and arts complex Salford Quays. She gave up broadcasting to help found the Northwest Regional Development Agency and was asked by Salford City Council to set up and lead the UKs largest Urban Regeneration Company, Central Salford, securing more than £2.5 billion of private sector investment in just 5 years. She was awarded the CBE for services to regeneration and the arts. 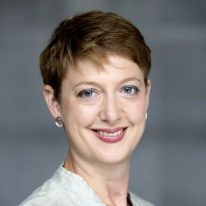 Emily has been Chief Executive of the National Opera Studio since 2015. Prior to this, she spent 15 years with the Royal Opera House. She was the first Consortium-supported Performing Arts Fellow on the Clore Leadership Programme in 2012-13. She has worked in leading opera companies around the world, as stage designer, company manager or stage manager, including Glyndebourne Festival Opera, Victoria State Opera, European Union Opera and Grange Park Opera. She is a Fellow of the Royal Society for Arts and a relational dynamics coach. 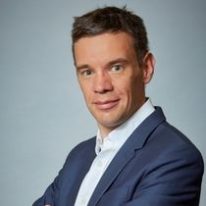 Julian is Associate Editor of the London Evening Standard. He is a writer, journalist and author of the bestselling biography Man of Iron: Thomas Telford and the Building of Britain. Julian has worked as leader writer and columnist at the Guardian and as a Special Adviser in Number 10 and the Department for Transport. He chaired the Landscapes Reviews for the Government into the future of National Parks and Areas of Outstanding Beauty in England. 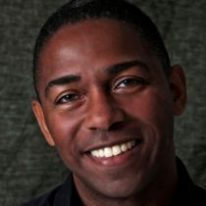 Michael Harper is an internationally renowned countertenor. He has sung opera and concerts throughout Europe, the USA and China. He teaches and gives master classes across Europe and the US and has recently accepted a position as Principal study tutor in the school of vocal studies at the Royal Northern College of Music. He is a Patron of the National Opera Studio’s Diverse voices programme, works with choirs across Britain and teaches at his studios in London, Oslo and Bristol. 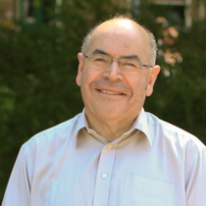 Stuart has a long-standing interest and involvement in the arts and education. He was a founder trustee of the Hampstead & Highgate Festival and is Chair of Governors of two schools in the London Borough of Barnet. A chartered accountant by profession, he had a successful career in the pharmaceutical industry before retiring to pursue an eclectic range of interests, including opera, classical music, theatre, sport, walking and all aspects of Italian life and culture. He has been a regular visitor to Buxton since the first festival in 1979. 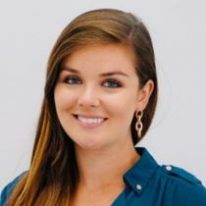 Annie is Chief Executive of Nevill Holt Opera. She is the former Director of Marketing and Communications for the Creative Industries Federation and Head of Communications at English National Opera having previously worked at Warner Bros. Records. She is a trustee of SWAP’ra, the organisation supporting women and parents in opera. She studied at the Royal Academy of Music and at Cambridge University, and has since completed an MBA with the Open University. As an organist, Annie has performed internationally and on BBC Radio 3. 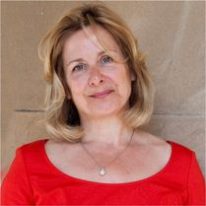 Louise Potter is a prominent Buxton hotelier and businesswoman and has devoted much of her energy to supporting and promoting the Buxton International Festival. She has also advanced Buxton as a major tourist destination. Louise is Treasurer of the Kinder Choirs Trust and a Patron of Visit Peak District & Derbyshire. In 2021, Louise is the High Sheriff of Derbyshire.

Mark is from Sheffield and works in London. He is a career civil servant leading on major project management in the Cabinet Office. Outside of work he enjoys travel, reading, visiting museums and galleries, and attending opera and concerts at the Royal Opera House, English National Opera, Glyndebourne Festival Opera, BBC Proms and Wigmore Hall, occasionally writing reviews for the website classicaldiary.com. He is also a member of the BBC Trust’s Yorkshire Audience Council. 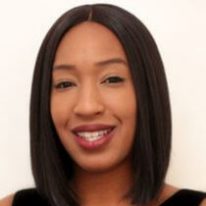 Careane is an accountant with extensive audit experience. She runs two successful practises serving small to medium sized clients in London, both of which she started, and one of which has more than 187 clients from the arts world Services include consultancy, accountancy and tax planning. She has a number of years’ experience auditing various charities with turnovers well in excess of £1.5 million together with sizable listed companies. She is a chartered accountant and has a law degree. 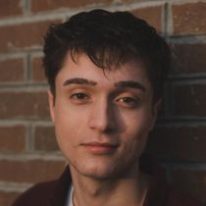 Recently graduated with a first in Drama and music at the University of Manchester and is about to embark on an MA in theatre studies in London. Nick is already an accomplished young director with ambitions to manage a theatre or opera company. His passion is to create work with a focus on accessibility, diversity, comedy and entertainment. His extensive voluntary work has given him opportunities with the BBC Singers, Glyndebourne and various TV production companies in the Northwest.

Assistant Orchestras and Ensembles Manager at the RNCM, Clara has gained significant experience working in arts administration since graduating from the University of Manchester with a degree in Music in 2018. Previous experience includes working with the Chorus of Opera North and the Learning Department of the Liverpool Philharmonic. While still a student she founded ‘Musica’, a week-long festival celebrating female music making which continues annually with increasing success. In her spare time Clara sings with the Halle Choir and enjoys running, cycling and hill walking.