Buxton International Festival’s story begins with the town’s beautiful opera house. It opened with great fanfare in 1903. Designed by the doyen of opera house architects, Frank Matcham, it remains to this day a real gem of Edwardian architecture. 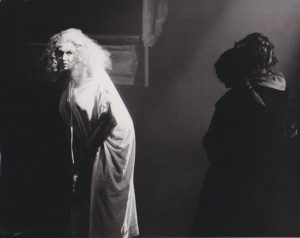 Buxton Opera House was attracting the biggest names of the day.  The legendary director Lilian Baylis brought an Old Vic Theatre Company production to the town, Sadler’s Wells brought opera and the Hallé played regularly in the adjacent Octagon.  However post war the Opera House was mostly being used as a cinema and started falling into disrepair. 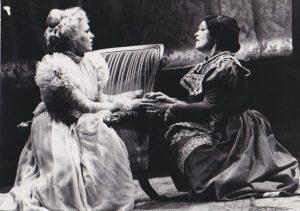 In 1976 Malcolm Fraser, then lecturer at the Royal Northern College of Music, visited Buxton on a day trip.  Entranced by the beauty of the town he mustered friends from the world of music, and the idea of a festival to revive the Opera House was born.

The Festival’s opening year in 1979 was a triumph, though not without drama.  The soprano for the role of Lucia in Donizetti’s Lucia di Lammermoor lost her voice on the morning of the opening performance.

A replacement was flown in from Germany, arriving two hours before curtain-up!

In 1980 enough money had been raised to restore the Opera House. A grand re-opening was hosted by Princess Alice, the Duchess of Gloucester, and was attended by the poet laureate Sir John Betjeman.  The Minister for the Arts, Norman St John Stevas, played the trumpet with a local band outside! 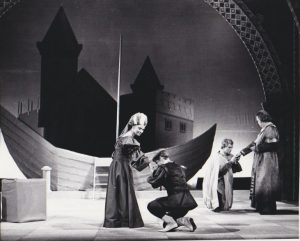 Organisers realised that the Festival needed to offer something different to encourage people to Buxton. Rarely performed or unusual opera became BIF’s signature. These seldom staged works continue to attract not only audiences from across the world but also a stellar array of musicians and artists thrilled to be able to perform in them. Lesley Garrett’s career was launched when she sang in Cimarosa’s Secret Marriage, while outside the theatre George Thomas, the then speaker of the House of Commons, was spotted twirling with the Morris dancers on Opening night.  Buxton does that to people.

The Festival continued to grow with the inclusion of a major concert series.  Then in 2001 came the idea of adding a literary element, the brainchild of the then Chairman Roy Hattersley.  Margaret Drabble, Beryl Bainbridge, Sir Jeremy Isaacs, Michael Palin, PD James are among the many literary and celebrity giants who have flocked to what one critic has described as the ‘envy of Edinburgh let alone Cheltenham.’

In 2019 Buxton International Festival celebrated its 40th anniversary by reviving the genre of opera pasticcio with a specially written work Georgiana.  The critically acclaimed and award winning opera depicted the story of the exuberant 5th Duchess of Devonshire – whose family, at the nearby Chatsworth estate, remain inextricably entwinned with Buxton.

What the critics say…

‘There is no more enticing Festival than Buxton’, said The Sunday Telegraph; ‘I’d advise you urgently to get to Buxton’, said The Times; ‘One of Europe’s great … unmissable opera Festivals’ said the New York Metropolitan Opera House magazine; ‘The best Opera Festival in Europe’ said Germany’s Opera Magazine!

Buxton International Festival looks forward to welcoming everyone for more unmissable opera, music and literary events which you simply will not find all in one place elsewhere.