Explore the History of Our Beautiful Venues

From the majesty of the Buxton Opera House to informal music in the Pavilion Gardens bandstand, the Buxton International Festival unfolds against a backdrop of spectacular venues in the heart of the Peak District. 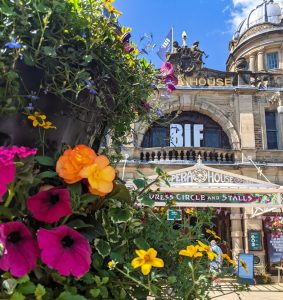 Our flagship venue is the Buxton Opera House, which has hosted the Festival since it began in 1979. The theatre was designed by renowned architect Frank Matcham in his signature style, opening in 1903 with a specially written performance. This year, the Opera House will showcase operas including Rossini’s La donna del lago and Donizetti’s Viva La Diva; musical Gypsy: A Musical Fable (a co-production from Buxton International Festival and Buxton Opera House); music events featuring saxophonist Jess Gillam and jazz vocalist Clare Teal; and literary talks from Rory Stewart, Lady Hale and Chris Patten as well as the companion to last year’s much-lauded Prime Ministers event, The Presidents. 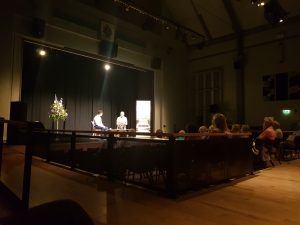 The Pavilion Arts Centre contains the oldest surviving theatre in Buxton. It was opened as the Entertainment Stage theatre in 1889 and has lived various lives, moving from performance space to cinema and back again, before being redeveloped in 2010. The theatre combines modern fixtures, including a cinematic-standard projector and sound system, while retaining original features, and houses intimate stage productions as well as Buxton’s cinema. The majority of our books programme events take place in the Arts Centre, as well as productions of Antonio e Cleopatra; music events including silent film Piccadilly with live piano accompaniment and the return of BIF’s Chamber Ensemble the Corran Quartet.  Jazz events include Jeremy Sassoon’s MOJO (Musicians of Jewish Origin); the National Jazz Youth Orchestra; Ben Crosland’s Ray Davies Songbook; and When Joni Met Bowie with Ian Shaw and his quartet.

The Palace Hotel has been a Buxton landmark since 1868, overlooking the Georgian buildings that make up the heart of the town. Standout moments in the Palace’s history have included playing host to Mary Pickford and Douglas Fairbanks Jnr. when they came to see the famed ballerina Anna Pavlova, providing a health resort for Manchester United football team during the Matt Busby years, and now as the home of BIF’s inaugural Jazz programme! The festival-within-a-festival will see performances including the Jay Phelps Quartet, the Impossible Gentlemen, the AMC Gospel Choir, the Xhosa Cole Quartet and the Graham Clark Quartet as part of the Jazz at the Palace series.

Recent refurbishments have restored the Octagon hall to its Victorian glory, down to the original colour scheme! The hall is an integral part of Buxton cultural life, hosting craft fairs, concerts and the yearly Dickensian market at Christmastime – and in 1963 saw the Beatles take to the stage. In this year’s programme the Octagon will be the setting for one of our highly anticipated participation events, as Buxton Festival Dance Band presents Music To Dance To – an opportunity to show off your footwork and fancy moves to the sound of a 10-piece big band on Sunday 17th July from 8pm. On Tuesday 19th Manchester Camerata, the Brodsky Quartet and saxophonist Jess Gillam will be appearing at the Octagon, celebrating the 50th Anniversary of both the Camerata and Brodsky.

St. John the Baptist is a Regency church built through the patronage of the 5th Duke of Devonshire. Completed just before his death in 1811, it followed the Crescent Hotel and the Devonshire Dome as the last of the architectural work commissioned by the 5th Duke. The Tuscan-style church features a remaining Georgian window among the stained glass, and boasts a four-manual William Hill organ. St. John’s is the setting for our weekly Festival Masses, as well as opera Mansfield Park and oratorio Our Future in Your Hands. Music events include Fretwork viol consort, Christopher Stokes at the organ and 19-year-old pianist Jeneba Kanneh-Mason, as well as Jamal Aliyev, Charles Owen and Anna Dennis returning from 2021. In our participation programme this year we also have an opportunity to take part in Haydn’s The Creation, where experienced choral singers can join the Buxton Musical Society Chorus and Orchestra, featuring soloists from the Festival company, in performing the oratorio. 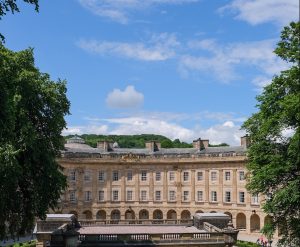 The Crescent Assembly Rooms provide a window onto Buxton’s Georgian Spa history. The ballroom was restored as part of the recently completed renovations project and reopened last year, where BIF events included the Equinox Duo and literary talks from Rebecca Wragg Sykes and Martyn Rady. Beautiful period features include the stunning ceiling, supported by columns at either end, and the windows lining the east wall. The elegant setting perfectly complements the more delicate sounds of piano, woodwind, cello, accordian, harp and voice; appearing in this year’s programme are Colour My Song; the Delphine Trio; our Spotlight on Chethams event; Ryan Corbett; the Chroma Harp Duo; and Eleanor Corr and Emil Duncumb. The Assembly Rooms will also host a memorial event celebrating the legacy of one of the founders of the Festival, Malcolm Fraser. 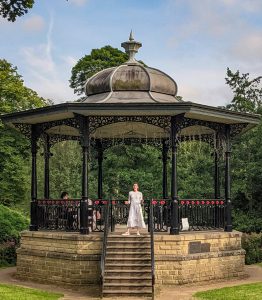 Song at Six will be returning to the Pavilion Gardens bandstand, filling the evening air with beautiful singing courtesy of the BIF Young Artists Programme. Drop by on the 8th, 10th, 14th, 15th, 20th, 21st, 22nd or 23rd July at 6pm for 15 minutes of song in the fresh air and picturesque surroundings of the Pavilion Gardens!

The full programme for the 2022 Festival is available here, with priority booking opening on the 1st March and public booking on the 29th March.