15% OFF when you book this with Haydn’s The Creation.

It is with great regret that for the first time in forty years we must cancel the Buxton International Festival in July 2020. This is an enormous disappointment but the health and well-being of our audience, our volunteers, the BIF team and all the artists involved is of primary concern. By taking this difficult decision now we are safeguarding the Festival for the Future. Read our full statement here.

A Buxton International Festival production, in collaboration with the Royal Overseas League, and the Festival Orchestra with members from the Northern Chamber Orchestra and our Young Instrumentalist Programme

The Buxton International Festival is proud to present the world premiere of a specially commissioned opera oratorio, Our Future In Your Hands, composed by Kate Whitley and written by Laura Attridge.

Over the last twenty years the global scientific community has been raising the alarm about climate change. Government action has been stuck in red tape and endless debate. The process of change has stalled. This inaction was too much for young people who have decided to go on a strike to protest the lack of action in the face of climate change. Our Future In Your Hands uses the oratorio to give voice to the hopes and fears of the young people who will one day inherit our world.

Kate Whitley, a winner of the British Composers Award, was commissioned by the London Symphony Orchestra to write Sky Dances which was conducted by Sir Simon Rattle. She runs the Multi-Story Orchestra with conductor Christopher Stark and creates works for young people. Kate is committed to organising music as a powerful tool for social change and the common good. She is an important composer of her generation, in particular in her word settings in opera, songs or choral music.

Laura Attridge is a dynamic maker of opera and theatre with a passion for collaborative creative work. Her song cycles have been premiered at Glyndebourne, the Royal College of Music (RCM), the National Gallery and Bard College (New York). Notably, her ongoing creative partnership with composer Lewis Murphy has produced numerous works for the stage commissioned by companies such as the Royal Opera House, Glyndebourne, Scottish Opera and Sound Festival. Laura is also a director and facilitator, working regularly with young people and communities.

Young musicians from the RNCM, led by mentors from the Northern Chamber Orchestra will make up the orchestra for the project. The choirs will be drawn from local schools and will be joined by soloists from the Buxton Festival Company.

Thanks to members of the Our Future in Your Hands Syndicate, in memory of Emilie Schmid-Tröndle. 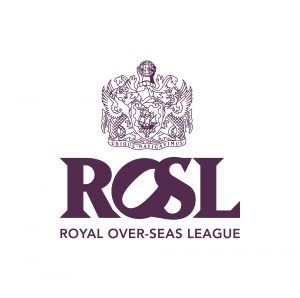