Paul Berry, a supporter of Buxton International Festival since the very beginning, shares his recollections from the last 40 years.

I learned of the Buxton Festival early because a friend was treasurer of the first one. That Festival had Lucia di Lammermoor as its opera, and hit the headlines when the Lucia fell ill shortly before the opening night and a replacement had to be found and rushed in with newsworthy haste. However, at the performance I saw, it was the tenor who was a replacement —resulting in the loss of the Wolf’s Crag scene which he did not know.

The second festival was an artistic triumph but a financial disaster. I was amongst those outside the Opera House on the night when the audience was not admitted until well after the scheduled performance time. We assumed a technical problem, but in fact the Festival was unable to pay its performers and staff until Festival Chairman David Hunter negotiated a rescue. Once admitted, we saw Thomas’s Hamlet with a strong cast headed by Thomas Allen. But even better was Beatrice et Benedict with Ann Murray and Philip Langridge, still among my two or three favourite Buxton productions ever. I saw it after watching Derbyshire play Lancashire at the Buxton cricket ground, sadly no longer used for county cricket, and being informally dressed for that found myself surrounded by a sponsor’s black tie guests: I must have looked like someone in a Bateman cartoon!

A consequence of that Festival’s over-ambition was that for many years most opera productions had to be mounted on a shoestring. But there were exceptions, presumably those with sponsorship, such as The Secret Marriage (1981) with Lesley Garrett, before she was famous, which had an unusually elaborate two-level set.

The early festivals were based round themes such as Sir Walter Scott at the first and Shakespeare at the second. In 1983 the theme was Boccaccio’s Decameron with Griselda (Vivaldi) and La Colombe (Gounod) as the operas, neither of them particularly memorable. But I do remember as a success (though I can’t find any mention in the festival programme) the reading of the 100 tales in sequence, ten a day hourly from 10.00 a.m.: thus the sauciest tales were always at 7.00 p.m. clashing with the opera so I can’t report on how enthusiastically (or not) they were received!

Another feature of the early festivals was the Festival Club based in the Palace Hotel where one could relax between events, obtain refreshments (for which there were then fewer good options in Buxton than now), read the reviews in the papers and talk with other festival goers and sometimes performers and company members.

It has been good to see the festival go from strength to strength in recent years with greater diversity and artistic standards, back to those of the first two years, but now achieved on a somewhat more secure foundation.

We thank Paul for this insight into the early years of the Festival and for his immense support. If you wish to contribute to the Festival Foundation then please do consider buying a ticket for our special fundraising event, the New Voices Gala Concert Friday 5 July, 7.30pm. 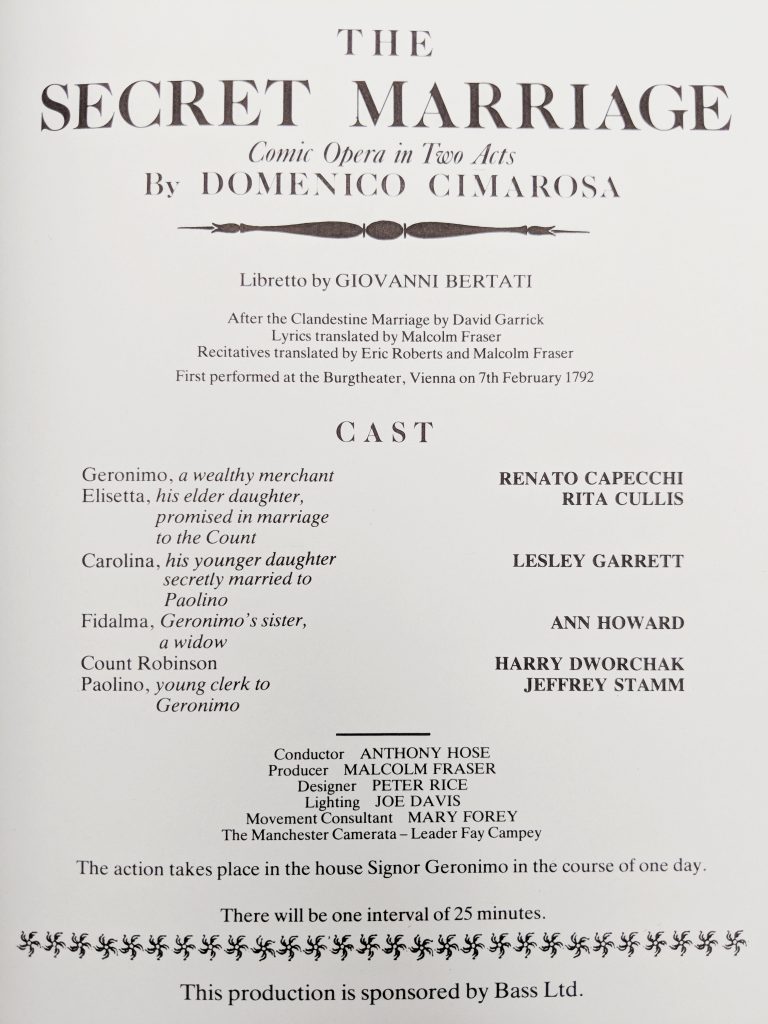