For a small town in the hills, Buxton has a wealth of impressive treasures – the Opera House, the Devonshire Dome, the Octagon, Buxton Crescent to name but a few – but like many historic places, it holds many quieter secrets too. In this post, we’ve listed a few of Buxton’s hidden places.

The second railway station: The south gets no-platformed in Buxton rail cuts

It looks like the remains of an Incan temple being swallowed by the jungle, but this pile of masonry is all that’s left of Buxton’s second railway station.

Axed by the Beeching cuts of the 1960s, it was the terminus for Buxton’s rail link to Derby and the south, and was the mirror image of its twin across what was once a cobbled yard, now the relief road carrying road traffic which enabled Spring Gardens to become a pedestrianised shopping street.

Despite being built by separate companies, both stations were opened on time and within months of each other in 1863—eat your heart out, HS2—so for more than a century Buxtonians could go north and south by rail with ease.

There is hope that that might be the case again, however, as private company Peak Rail, run by dedicated enthusiasts, is determined to re-open the line to Matlock, where it would link up with the national network.

Luckily, our remaining station is still very much open with regular trains running between Buxton and Stockport. Why not travel to the Festival by rail? 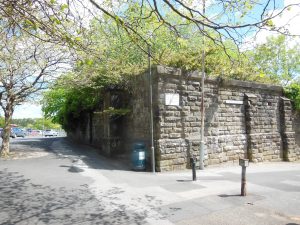 The ruins of Buxton’s southbound station

Memorials in stone: How Buxton’s Empire struck back in WW1

Buxton’s war memorials range from the striking Cenotaph on the Slopes to a poignant plaque on Bennett Street which lists the heart-breaking number from men from just one road who gave their lives in both world wars.

But there are two stone columns which—while having no names carved on them—still bear witness to the global nature of the tragedy of the First World War.

Another hotel in which they were housed was the Peak Hydro (now Buxton Museum), and the town was referred to as No 1 Canadian Discharge Depot in military circles.

Unfortunately, not all of the Canadian soldiers who came to Buxton survived their wounds, as the town’s Commonwealth War Graves bear testimony.

Buxton Cemetery contains 54 scattered burials of the First World War, 29 of them Canadian. The cemetery also contains 22 Second World War burials, some of them servicemen from the RAF station that was at Harpur Hill at the time. 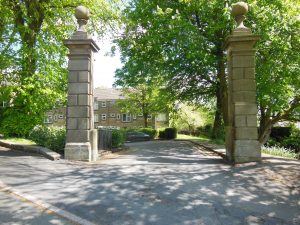 The pillars at the entrance of the demolished Empire Hotel Buxton

One of Buxton’s longest streets not only links its centre with open moorland, but also two strands of the Festival’s programme: town and country.

From the heart of Buxton, Lightwood Road runs for a mile or so until it peters out in woodland just below the moors of Combs Moss and Black Edge.

As the houses begin to give way to countryside, two stories from the Festival virtually face each other: a series of homes built by the revolutionary architects Parker and Unwin, and the house where acclaimed nature writer Mark Cocker grew up next to the fields and brooks of his beloved Lightwood, which inspired him while growing up.

Mark, whose last book, Our Place, has been widely praised as a damning indictment of the way Britain has treated its natural world and also as a manifesto for what we should do about it, explored the fields as a boy, instilling in him a desire to understand wildlife, which coupled with his talents as a writer has made him a leading voice on ecology in the UK.

Parker and Unwin’s houses at Lightwood Road also look out at the natural world, and the architects who began their career in Buxton went on to try and bring green spaces into towns with their garden village designs for new communities

Mark Cocker is leading wildlife walks around Buxton during the Festival. 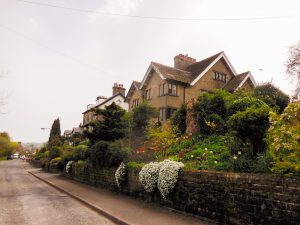 A musical heritage: Orchestra’s second home in the hills

It’s hard to avoid the role music plays in Buxton’s history. From Burbage Band, one of the oldest in the world,  through 1950s tea dances in the Pavilion Gardens, Seventies rock concerts in the hills and Buxton International Festival bringing world class opera to its Opera House, music and song have always been a given.

One of its most treasured links has been with the Hallé Orchestra, which although Manchester-based, has often played in the town. Its best-known conductor the late Sir John Barbirolli was a frequent visitor, and also a judge at Buxton Music, Speech and Drama Festival of Music.

And the Hallé’s Manager, a Mr Critchlow, lived at the Red House on Park Road, built in 1897 and designed by Larner Sugden, whose family firm of architects who created so much of neighbouring town Leek’s most iconic buildings.

Now demolished, it had two round towers and looked a bit like a French chateau. All that is left is the ornamental cave in a private garden.

You can see our music programme here. 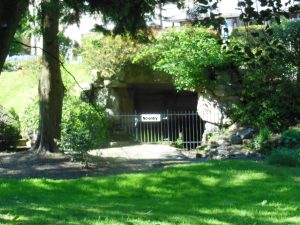 An ornamental cave in Buxton