We’re Good to Go!  A full festival will go ahead between the 8 and 25 July in our beautiful spa town, in the heart of the stunning Peak District.

*Book for the extra performance of The Enchanted Pig 19 July, 2pm.

*An extra performance of Cendrillon has been added for 16th July, 7pm due to popular demand! 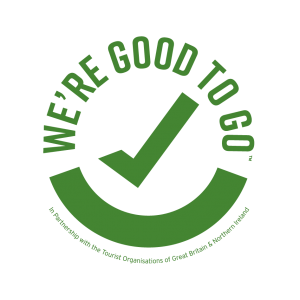 You may notice a few differences to your Festival experience this year. These include reduced capacity in our venues, the use of face coverings, extra signage, hand sanitiser stations will be in place and there will be enhanced cleaning.  You can see details of our safety procedures and our FAQs on our website. These will be updated regularly, in line with Government announcements.

This year’s exciting programme features Errollyn Wallen’s new opera, Dido’s Ghost,  which incorporates Purcell’s Dido and Aeneas.   BIF is proud to be co-commissioning this production along with the Barbican Centre, Mahogany Opera, Philharmonia Baroque Orchestra & Chorale and the Dunedin Consort.  Also included in the opera series is Malcolm Arnold’s The Dancing Master, a co-production with conductor John Andrews (nominated for BBC Music Magazine’s 2021 Opera recording of the year); a co-production with the Early Opera Company of Handel’s Acis and Galatea, conducted by Christian Curnyn; a brand new BIF production of Pauline Viardot’s Opéra comique Cendrillon; and Jonathan Dove’s The Enchanted Pig, a Buxton International Festival Platform 3 Production, designed to provide a platform for all ages to create, perform and engage with the arts.

In addition, the Festival is offering a musical for the first time, a co-production with Buxton Opera House of Stephen Sondheim’s A Little Night Music, starring Olivier Award-winning Janie Dee, directed by Paul Kerryson and conducted by Wyn Davies.

The Festival’s books programme boasts some of the most exciting new publications of 2021.  It offers events of cultural escapism with “voices” from radio and television, and as ever, it does not shy away from controversial subjects.  Highlights include events on land reform, the leadership style of our British Prime Ministers, slave trade reparations, and the future of Brexit Britain.