Buxton Festival hit the headlines with its first opening night in 1979 for all the wrong reasons, but has made history ever since for all the right ones.

As a young reporter on the Buxton Advertiser, the excitement around the opening night couldn’t have been more appealing:  a damsel in distress, police going to the rescue and an audience on the edge of their seats.

No, not a modern staging of Donizetti’s Lucia di Lammermoor in the style of TV’s Line of Duty, but the race to get a stand-in from Manchester Airport to Buxton in time after the lead singer had to drop out through illness.

That was the 1970s for you, and a great introduction to the seat-of-your-pants zeitgeist (we were happy Europeans back then) of the country in those days.

Buxton was trying to give its past a new future, and the late and I would most definitely say great Malcolm Fraser was determined to make sure Buxton Opera House would live up to its name once more. He succeeded by creating an opera festival which now rightly and deservedly has the word “international”  in its name, a sign of its global reach and reputation.

But every new era has to see the end of an old era, and Buxtonians, along with the rest of the country, were quite happy to consign the 1970s to history even as we were struggled  to adapt buildings like the Opera House and The Crescent to a new world.

The Opera House was best known to locals as a flea pit cinema which had only just escaped becoming a casino. Imagine Buxton as Las Vegas and you can see why that spin of the wheel was resisted.

The Three-Day Week was still a recent memory, we’d just re-affirmed our commitment to the European Economic Community in a referendum, and despite the newly-introduced Sex Discrimination Act, my wife was told by the Electricity Board that she couldn’t have hire purchase on a cooker without her husband’s written permission. Her response was a gas.

I have tried to explain how newspapers were produced in those days to young people, but they usually walk off in disbelief when I get to the bit about pouring molten lead into little moulds to create lines of letters.

And yet it was, in many ways, a more connected world back then. The Manchester Evening News saw Buxton as part of its patch, the Derby Telegraph came this far north, even the Stoke Sentinel might welcome a Buxton story, and Manchester had its own Fleet Street. Of course London was dominant, but England’s regions still had a voice within the national news structure.

Ted Heath even brought the EEC to Buxton for a conference. Imagine that now.

The TV made programmes here: Giant Haystacks came to the Octagon for televised wrestling, and I was sent to interview him. Looking for a snappy quote from him was a bit like…  well, put it this way: you didn’t want to needle him. 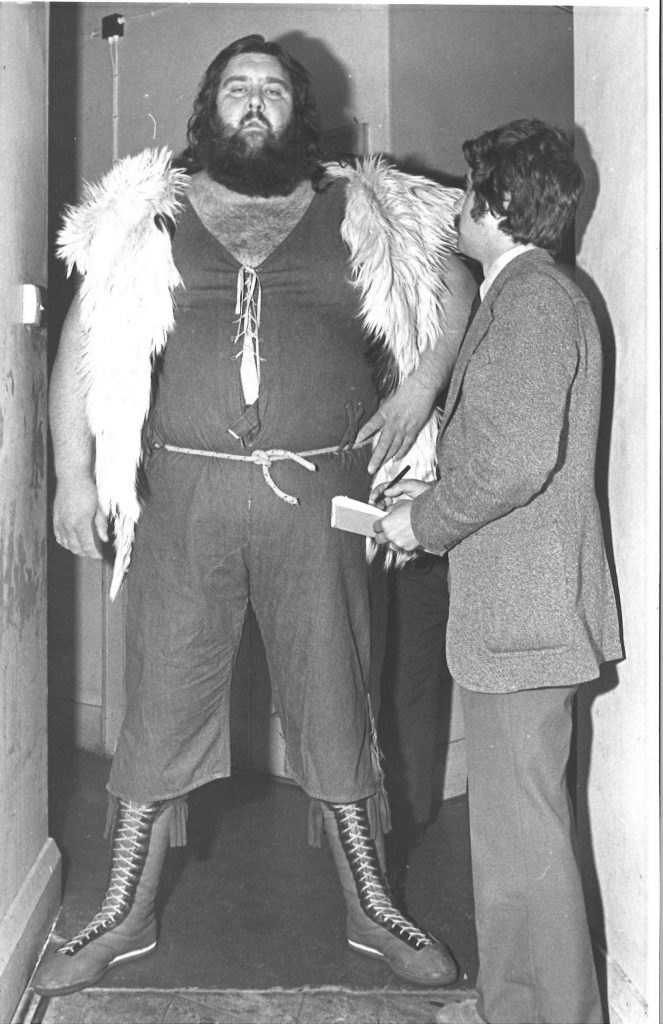 1979 was definitely a turning point in Britain’s history, and in Buxton, the Festival was very much a part of making sure those changes were positive.

People came—and still do in increasing numbers— from all over the world to see our town thanks to the pioneering work of Malcolm Fraser, and in the increasingly globalised world that has ironically left so many of our communities more isolated in its wake, the Festival has kept the town’s profile high. I can’t think of anything else in the town, with the possible exception of Buxton Water, which does that—and even that doesn’t get to Canada. We do.

Oh, and one last 1979 footnote: wasn’t that the year which saw another leading lady flanked by a police escort arrive on the world stage?

Anybody remember her name?