Director of the V&A, Tristram Hunt charts the life of Josiah Wedgwood, perhaps the greatest English potter who ever lived and who epitomised the best of his age. He revolutionised the production of ceramics by marrying technology with design, manufacturing efficiency and retail flair thus helping to usher in a mass consumer society. But Wedgwood was also radical in his mind and politics. He campaigned for free trade and religious toleration and was a member of the celebrated Lunar Society of Birmingham. Most significantly, he created the ‘Emancipation Badge’, depicting a slave in chains and inscribed ‘Am I Not a Man and a Brother?’ that became the symbol of the abolitionist movement.

Sponsored by No.6 The Square Tearooms 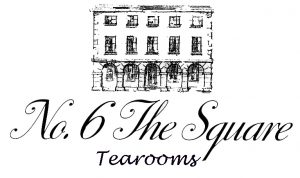 Sybil and Cecil: Cutting Through Time

In 1922 Cyril Power, a 50-year-old architect, left his family to work with the 24-year-old Sybil Andrews. Both became famous for their dynamic, modernist linocuts, streamlined, full of movement and brilliant colour, summing up the hectic interwar years.