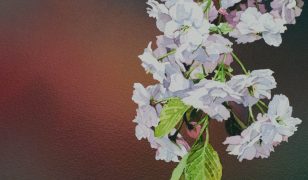 This event has sold out.

Naoko Abe is a Japanese journalist living in London. She was the first political writer to cover the prime minister’s office, the foreign ministry and the defence ministry at one of Japan’s largest newspapers. Cherry Ingram is a portrait of an unknown Englishman and amateur botanist whose legacy can be seen all around us. A story of Britain and Japan in the 20th century and how a delicate blossom was threatened by a warlike ideology.

Performance by a Japanese instrumentalist