American politics remains deeply divided but in so many ways it always had been. Anglo-American relations were also fraught for much of the first 150 years of the new American Republic. Only since the 1940s has the supposed ‘special relationship’ existed. Our discussion will explain why slavery and race have transcended the term of office of every President.  Broadcaster Iain Dale leads his expert line up, consisting of former US Deputy Assistant Secretary of State for Public Diplomacy Colleen Graffy; former BBC North American Editor Justin Webb; and Ambassador to the US (1997- 2003) Sir Christopher Meyer. 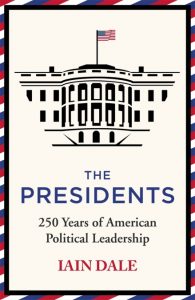 Celebrate 100 years of popular music with Clare Teal and her six-piece band, performing songs from the American and British songbook.

Regenesis: Feeding the World Without Devouring the Planet

Writer and political activist George Monbiot discusses how changing our understanding of the world beneath our feet could allow us to grow more food with less farming.

Thinking Better: The Art of the Shortcut

Discover how mathematics has enabled some of the most useful shortcuts in history, from constructing ancient cities to modern dating site algorithms.

Lord Patten offers an account of what has happened in Hong Kong since the handover and reflections on how to deal with China – then and now.