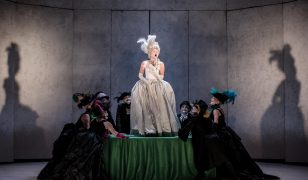 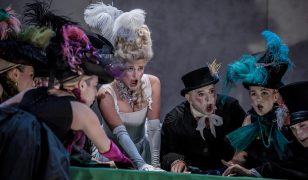 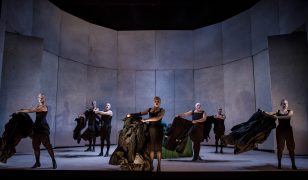 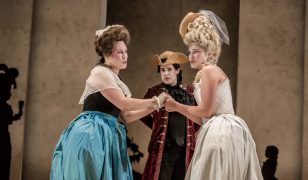 A Buxton International Festival production, with the Northern Chamber Orchestra.

The World Premiere of a specially commissioned 40th Anniversary opera pasticcio, celebrating the life and times of Georgiana Cavendish, the 5th Duchess of Devonshire.

While her husband was building Buxton’s magnificent Crescent, Georgiana Cavendish was setting London society alight with a mixture of dangerous liaisons, political activism and reckless gambling. Her life (1757-1806) inspired a best-selling biography by Amanda Foreman and the Keira Knightley Hollywood film, The Duchess.

Georgiana’s life is a story of obsession, the high life and celebrity, and of the relationship between two women in an age of male dominance. With music by Martín y Soler, best known as the composer of Una cosa rara, quoted in the supper scene of Don Giovanni; Giovanni Paisiello, who was considered the most popular opera composer of his day; Stephen Storace, the brother of opera singer Nancy Storace, famous for the role of Susanna in Mozart’s Le nozze di Figaro; Thomas Linley, ‘the English Mozart’; and, of course, the composer now so widely known, Wolfgang Amadeus Mozart himself.

A detailed list of original sources is available upon request: opera.pasticcio@gmail.com

Thanks to The Duke of Devonshire’s Charitable Trust, Granada Foundation, Foyle Foundation, Ida Carroll Trust and members of the Georgiana Syndicate for their support.

To create the perfect Georgian day out, why not book a Georgian dinner at the Old Hall?