The Restless Republic: Britain Without a Crown

In 1649 Britain was engulfed by revolution. On a raw January afternoon, the Stuart king, Charles I, was executed for treason. Within weeks, the English monarchy had been abolished and the ‘useless and dangerous’ House of Lords discarded. The people, it was announced, were now the sovereign force in the land. The Restless Republic ranges from London to Leith, Cornwall to Connacht, from the corridors of power to the common fields and hillsides. Gathering her cast of trembling visionaries and banished royalists, dextrous mandarins, and bewildered bystanders, Anna Keay, Director of the Landmark Trust, brings to life the story of what happened when a conservative people tried revolution. 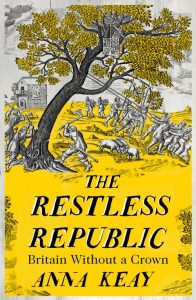 Palaces of Revolution: Life, Death and Art at the Stuart Court

A new history of the Stuart monarchy told through the palaces that they constructed and the art that they commissioned and acquired.