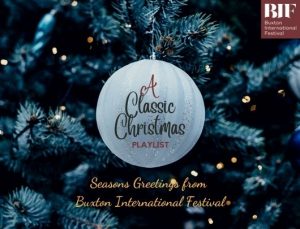 Prior to working at Buxton Opera House, Paul was artistic director of both Curve and Haymarket theatres in Leicester where he directed numerous productions. Musical credits include Stephen Sondheim’s Merrily We Roll Along, Pacific Overtures, and Sweeney Todd, Kander and Ebb’s Chicago and The Rink. He also directed Jerry Herman’s Hello Dolly! and Rodgers and Hammerstein’s The King and I.

At the age of 17 the film Cabaret had a huge impact on me. It was sexy, sassy and dealing with serious issues. The film had stunning direction and choreography by Bob Fosse and the camera work was outstanding. Even fifty years on it still packs a punch. Twenty years after the film version I was lucky to play the MC in a production of Cabaret for the Manchester Library Theatre co. I can still watch this film in awe of the talent on display.

My relationship with the works of Sondheim goes back to 1984 when I appeared in and choreographed the European premiere of Merrily We Roll Along. Since then I have been privileged to have directed many of the master’s works including A Little Night Music at last years Festival and will be directing Gypsy for the 2022 Festival. Patti Lupone is one of the great interpreters of Sondheim songs. This song from Company is now running on Broadway and Sondheim saw this production starting Patti Lupone only a few days before his sudden death last November. If you look carefully, there is a shot of Sondheim watching the performance as part of a Broadway celebration for his 80th birthday in 2010.

All That Jazz – Caroline O’Connor

Caroline O Connor is a fabulous performer and has starred in many of my productions including the European premiere of Mack and Mabel, Lola in Damn Yankees, Madame Rose in Gypsy, Roxie in Chicago and Anita in West Side Story both of which have fabulous CD recordings. She has gone on to star on Broadway and in the film of Moulin Rouge. Here she is as Velma Kelly in a TV recording of All That Jazz from one of my favourite musicals- Chicago.

Maria Callas- I have always wished that I could have seen this artist live but I was born too late! Her performances are now only remembered in some brief black and white extracts. I have been fascinated not only by her powerful and emotional stage performances, but my her life which was like a tragic opera in itself. I directed a play about Callas – and what an amazing life of highs and lows it was. She wasn’t a diva for no reason! Even if interpretations of opera classics have now moved on, this 60 year old video from a 1962 concert still captures her style, emotion, drama and whether you like her voice or not, why she is still remembered as a true star.